After years of wrangling and backroom negotiations, Congress finally passed legislation overhauling the nation’s outdated chemical safety law known as the Toxic Substances Control Act (TSCA). The new legislation strengthens the Environmental Protection Agency’s ability to regulate thousands of industrial chemicals in use today and could have far-reaching impacts on a wide range of consumer products, from your household cleaner to your living room couch.

Although the legislation falls short in many ways—chemical safety laws in Europe require more thorough safety evaluations, and states will lose some of their powers under the new law—EPA will have a number of new tools at its disposal. For instance, the agency will now have more authority to review new chemicals before they enter the market and to require additional testing of existing chemicals that have long evaded scrutiny under the old law.

The agency will also be able to ban a chemical without having to show that it is taking the least burdensome approach—a requirement of the previous law that left the agency paralyzed after it tried to ban asbestos in 1989. In its ruling in 1991, the Fifth Circuit Court of Appeals said EPA failed to demonstrate that regulating asbestos was the “least burdensome alternative,” while acknowledging the substance’s carcinogenicity. Sadly, thousands of people have since died from exposure to asbestos.

After that ruling, many environmental advocates gave up on the idea that EPA had the power to regulate commercial chemicals. Instead, they turned to consumers to pressure manufacturers and reached out to states to persuade them to take action. The increasing number of states imposing restrictions on chemicals eventually led the federal government to reform TSCA, a move driven in large part by industries uncomfortable with the emerging patchwork of state regulations.

So how does Silent Spring Institute fit into all of this? Now that EPA has some new tools to regulate chemicals, we need to continue to provide the best possible science to help regulators find the “bad actors,” those chemicals most likely to cause disease. Issues like how we prioritize chemicals for testing, how we determine their toxicity, how we assess the health risks—these are all questions that still need to be answered.

Every year, I attend the Society of Toxicology’s annual meeting—a gathering of some 6,500 scientists from around the world. It’s at these types of meetings that many of the difficult scientific questions get hashed out and where regulatory decisions can be shaped. Silent Spring is one of the few public health-minded nonprofit organizations that regularly attends these meetings and participates in the exchange of scientific ideas. The vast majority of scientists there represent industry, with government scientists filling the second largest group. Environmental nonprofits have been reluctant to participate, possibly because the dialogue is dominated by industry. That may be true, but it is also true that the scientific debate is open to other influences.

Twenty years ago, when Silent Spring first started measuring chemicals in people’s homes, EPA was focused on regulating outdoor pollution. Our research showing that consumer products are the most significant contributor to chemical exposure in the general population eventually shifted the conversation and refocused EPA’s approach for consumer product chemicals. Similarly, we’ve been developing new ways of screening chemicals to make sure we can catch those that affect diseases that we care about, such as breast cancer. And we’ve been working with government toxicologists to inform their chemical screening process.

If there were more people from the environmental and public health communities proposing ideas on how to evaluate chemicals for safety in ways that are more health protective, then regulations probably would be more health protective. However, in order to have an impact in this arena, environmental and public health groups will need to employ more scientists and raise funds to support their research. And I hope this happens.  There are many scientists out there who would rather be doing research in the public interest, but end up being drawn to industry because that’s who’s hiring.

Many advocates and legislators worked hard to make the new chemical safety law as protective of health as possible considering the current political climate. We will have to continue applying political pressure to make sure the law works as best as it can. At the same time, now that EPA has a bit more authority, it’s time to invest in research to ensure that the new law delivers on its promise to protect consumers from dangerous chemicals. Now is the time to expand our scientific reach and make a real difference in people’s lives. 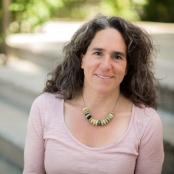