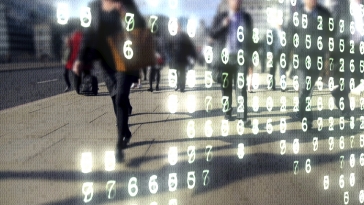 In the first systemic investigation of participants’ views on open consent in the Personal Genome Project, researchers found that greater transparency and full disclosure of the risks involved in public sharing of genetic and health data could encourage, rather than deter, participation in human research.

Reporting in the January/February issue of the ethics journal The Hastings Center Report, researchers at Silent Spring Institute and their colleagues interviewed study participants in the Personal Genome Project to understand their views on consent. Founded in 2005 by scientists at Harvard Medical School, the project aims to sequence the genomes of 100,000 volunteers and make their genetic and health data publicly available through online databases. The purpose is to create a shared public resource that researchers from all over can access to speed up the pace of biomedical research, and create new breakthroughs in the understanding and treatment of diseases.

However, the use of massive online databases in biomedical research has also created a number of privacy concerns. Even though the names of volunteers are removed from their genetic and health data, studies have shown that it’s possible to re-associate people’s names with their data—otherwise known as re-identification—by linking various datasets. Because of that risk, the Personal Genome Project does not guarantee anonymity and instead uses a process of informed consent called “open consent” in which volunteers are made fully aware of the implications and privacy concerns of making their data public.

The new study is important since the process of open consent could inform how researchers obtain consent in other human research studies. The Department of Health and Human Services recently proposed major revisions to the Common Rule, the ethical framework that governs research on humans. Included in these revisions is a proposal that would require researchers to obtain consent from patients to use their discarded blood and tissue samples for research. “Right now, every time you walk into a clinic or a hospital for a blood test or a biopsy, scientists can take your anonymous samples and use them for research without your permission,” says Dr. Julia Brody, executive director of Silent Spring Institute and one of the study’s co-authors. “Now that new technologies could potentially link those samples back to you, it makes sense to ask patients for their permission.”

The revisions would require researchers to get permission from study participants to use their biological samples for future unspecified research. Consent also would be required to share personal data—whether it’s health, genetic, or environmental exposure data—through public online databases. “The concern with these proposed regulations is that participants will say no because of fears of re-identification and that this could put real limits on research,” says Brody.

However, she and her colleagues found that when the risks and benefits of taking part in a study are clearly explained, participants are often willing to consent. The finding was based on interviews with 34 participants in the Personal Genome Project, most of whom were well-educated and white. All of them were told that there was a chance that their privacy could be compromised and that a breach in privacy could lead to discrimination in the workplace, for instance. Other implications such as learning about a genetic predisposition to a disease, revelations that might affect family members, and the use of data for profit were also described.

When asked why they joined the project despite the risks, nearly all the participants said it was because they wanted to help advance science and that they understood that data sharing and comparing data from lots of individuals is important to achieving that. Participants saw themselves as explorers or part of a “pioneering community.” They also hoped to learn something about their own personal health.

Based on these findings, Brody and her colleagues recommend that informed consent include a clear description of the risk of re-identification and other implications. “You can’t just say it’s unlikely to happen,” says Brody. “You need to be more forthcoming and say it’s a possibility. That kind of transparency improves participants’ trust in scientists, and that’s vital to research in the long run.”

Because participants are told that data sharing is needed to make scientific discoveries, the authors also recommend that researchers deliver on their promise by ensuring that their data is in a format that is shareable. As it happens, much of the data that gets uploaded to online databases today comes from different sources and is not in a format that other researchers can use.

Brody and her colleagues say more work needs to be done to quantify the risk of re-identification, so researchers can better inform and protect participants. Studies on diverse populations are needed as well since the participants in the Personal Genome Project represented a relatively narrow demographic. Vulnerable groups face greater risks from discrimination or economic loss from privacy violations and require greater protections when participating in broad data sharing, says Brody. Therefore, studies are needed to create a process of consent that takes into consideration the needs of diverse populations and helps these groups make informed decisions about sharing their data for research purposes.

As the federal government reviews its proposed updates to the Common Rule, Brody hopes it will consider her team’s findings in formulating a new process of informed consent. “This is a great opportunity to revisit ethics in human research,” says Brody. “These revisions are going to affect thousands of people and millions of dollars in research, so it’s important that the government gets it right.”